The Hate You Give Book and Movie Review 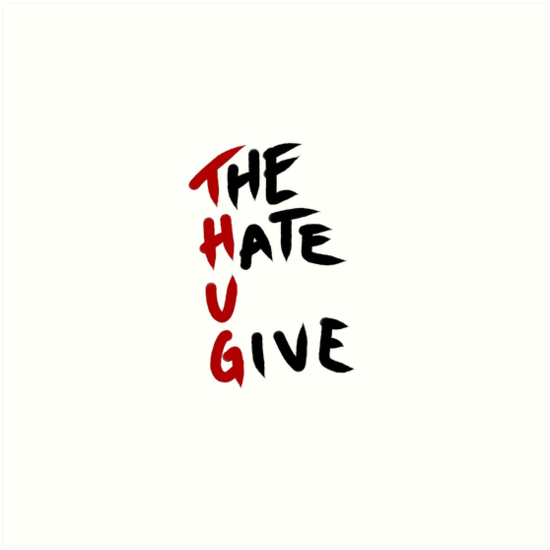 Written by Angie Thomas, “The Hate You Give” tells the story of a young girl, Starr, who bears witness to the fatal shooting of her childhood friend, Khalil, after a policeman pulls the two teenagers over for a traffic violation. Starr’s story, however, detracts from the lessons that could be taught by the themes within the book. While pandering to what it seems adults think teenagers like and act like, Thomas draws in irrelevant themes of teenage romance and friendship, in a light that over-exaggerates the stupidity and selfishness of youth. Instead of making Starr a force of nature, and giving dialogue to a dark-skinned, natural-haired girl seldom making main character roles, Thomas gives her the same desires and needs as others her age (to be loved, to love, to feel safe, to touch, to kiss, to feel accepted, etc).

As Thomas strays away from the political and social potential of Starr though, she is able to give her the same humanity as is given her white counterparts. She is not painted as meek or lacking opinion, but as someone who can think for themselves. This aspect of her character is important, as it frames black and brown girls as not only just as capable as their white counterparts but just as human as her male counterparts, too.

The above traits featured in Starr’s character are salvaged in the movie production of The Hate U Give, but the on-screen drama only intensifies the problematic nature of the book, as well as creates issues regarding marketing and stereotypes. The cover of The Hate U Give features Starr with chocolate-colored skin, dark and fuzzy hair held back at the hairline by a red bow in an afro, while The Hate U Give’s movie cover and the film features Amandla Stenberg, a much lighter-skinned African-American girl with long box braids.

Although color should not change the overall impact of a storyline when it is created authentically and auditioning provides stellar acting, that Stenberg took the main role of a dark-skinned character only plays further into colorist dichotomies, portraying light-complexioned women as the most desirable. While Stenberg seemed to understand the complexities of how society perceives color and how it acts on its perceptions with her declination to star as Shuri in Black Panther, her decision to play Starr overshadows her seemingly social-consciousness and intellect when it comes to how the media shapes society.

In addition to auditioning inconsistencies, the movie’s plot seems to center around the idea that the Black community is as much a threat to young black men and women as much as the police are. After Starr speaks out about Khalil’s murder, and names the gang that he sold drugs for on a television interview, the gang leader, King, begins to threaten Starr and her family. Bringing black-on-black crime into the conversation about police brutality, while it could be an opportunity to encourage responsibility in young black men for their lives, the movie adds it in for dramatic appeal and entertainment through suspense and fear.

Yet, one thing the movie does well is portray the Double Consciousness Theory. Outlined by W.E.B. DuBois in his works on sociology and psychology, Double Consciousness Theory tells of an “inward twoness”, where a person of an oppressed community experiences the feeling that they have more than one cultural or social identity, which makes developing a sense of self more difficult (The Souls of Black Folk, W.E.B. DuBois). Starr embodies Dubois’ theory, as she struggles to fit in both at her predominantly white school, and in her low-income, African American community. Her quiet nature at school aims to keep her from being seen as the “angry black girl” (The Hate U Give, Angie Thomas), yet her association with the white school pegs her as the “too-good-for-us-light-skinned-girl” amongst her black peers. Starr’s lack of acceptance within the Black community and disingenuous acceptance amongst her white peers conveys the pre-existing dichotomies which divide and separate people based on how well they can fit in.

Like many pieces of literature and film, The Hate U Give has flaws. It is by no means a perfect work, it lacks depth and thought-provoking messages, and panders to a teenage audience with mediocre selling points of weak comedic relief and generic high-school scenes featuring shallow and ill-informed peers. Yet, The Hate U Give still facilitates conversation on the condition of minority communities, as well as their relationships with the police, and brings awareness in a simplistic manner that help brings about understanding and compassion to those who want to rally for equality and tolerance within American society.