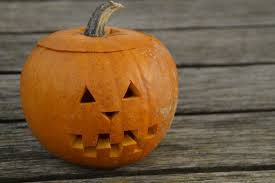 Halloween that we as Americans celebrate today, originated in the Celtic fringes of Britain, and was adapted over the decades by Christian traditions, and immigrants’ conventions.

The origins of trick or treating and dressing up were in the 16th century in Ireland, Scotland and Wales where people went door-to-door in costume asking for food in exchange for a poem or song. Many dressed up as souls of the dead and were understood to be protecting themselves from the spirits by impersonating them.

According to History.com, Halloween “marked the end of summer and the harvest and the beginning of the dark, cold winter, a time of year that was often associated with human death. Celts believed that on the night before the new year, the boundary between the worlds of the living and the dead became blurred. On the night of October 31 they celebrated Samhain, when it was believed that the ghosts of the dead returned to earth.”

There are superstitions that some believe, that come from the same time that Halloween was created. The superstition of crossing a black cat appeared in the Middle ages “when many people believed that witches avoided detection by turning themselves into black cats”(History.com).

Halloween is a fun night to get candy and have fun with friends, however, make sure you stay safe. Happy Halloween!